HUGE's vision: to the next ten years 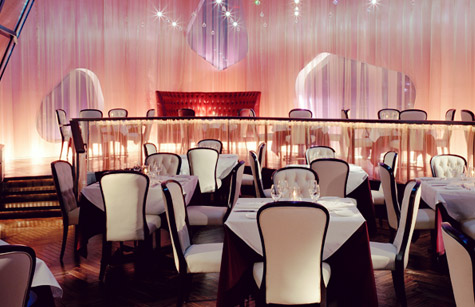 On September 27th, 2017, we celebrated the 12th anniversary of foundation. On that special occasion, we established the HUGE Hospitality Universal Group, which we call "HUG." HUG is an affiliated company that we have established primarily to run and develop hotel and restaurant businesses and franchising business overseas (our first restaurant in the U.S. was opened in Hawaii in June of 2019).

We have a strong desire to become a "All-Arounder" universal company that restaurateurs conceive. For this reason, we have established this associated company, which serves as an expression of our readiness to enter the hotel industry and expand overseas. We intend to boldly take on the challenge of getting involved in everything associated with hospitality and food, starting with restaurants and hotels, in Japan and beyond.

To us, "universal" means not only "international," but also "diverse" and "multi-faceted." Restaurants will always be our foundation, but we wish to transform into a company that has multiple facets, including hotels, bakeries, hospitality schools, and wine shops, both in Japan and abroad.

One example that is near and dear to us is our entrepreneurship assistance program. We actively support our managers and chiefs, primarily those who have been serving for over five consecutive years, in launching their own businesses. There are already two locations that have been launched, with program participants serving as president, and both are thriving.
Even prior to this, we had been saying that we want to give the option of going the proprietor route to all the people who have become location managers and chiefs at HUGE. That possibility is now a reality, and they have begun to take on the role of underpinning our diversity as members of the HUGE group.

Meanwhile, shifting our focus to our restaurants, we are doing a complete review of the use of food additives. For the cooking oils that we use in the greatest quantities, we have switched to natural, cold-pressed oil. We are also moving away from chemically-derived superfine sugar and refined salt.

Instead, for all the sugar and salt that we use for cooking, we insist on providing natural, organic products. When you search for "additive-free," "organic," or "vegan," for instance, you get large number of hits. This would have been unthinkable 10 years ago, but now, it is an international trend. Using safe, reassuring things, things that suit a diverse range of lifestyles, and things that come from nature is a universal approach.

To be a going concern—in other words, a company that is equipped to stand the test of time—we believe that it will also be necessary to make efforts such as these, and we are putting that belief into practice.

Refining all our brands, by getting back to basics.

We have a wide range of restaurant conceps, such as RIGOLETTO and MODERN MEXICANO. However, in truth, each of our restaurants has the same founding principles, and they are all developed and rolled out on the same platform. The common policies that are shared by all our restaurants, such as "no MSG," "zero trans-fat," and "non-GMO," stand as one example of this. From customers who have visited some of our restaurants, we are now getting responses "This place is HUGE-ish!" more and more often. There is a real sense that the efforts we have been making at all our restaurants are becoming the standard, and we have gradually come to be recognized for this.

With this sequence of events in mind, we would like to take our menus and services, which form one part of our platform and which we have developed with such care, to the next level of refinement. We have a deep-rooted desire to continue to do business in each of these restaurant concepts, and now, 10 years since our founding, that feeling is only getting stronger.

Even after 10 years, RIGOLETTO restaurants in Kichijoji, Shin Marunouchi Building, Ginza Corridor, and Sendai continue to prosper, and we think that more and more of our businesses will be joining to the group in the future. If we want to last through the next 10 or 20 years, on top of the restaurant business, "as delicious as ever" is not enough. We need to add more intriguing elements, as well as more delicious food, and more fun. It is also possible that during our growth process, the tastes of the times may change. For that reason, we are taking another look at all the elements that have arisen over these 10-plus years of development. We will not neglect to go back to basics once again and add even more polish. Then, when it comes into view that the path which leads the business to last and evolve, we want to get involved in new and varied things, including hotel and school ventures as well as collaborations with public enterprises, and to try to create platforms that differ from what we have done before.

With regards to MODERN MEXICANO restaurants, in addition to expanding overseas, we are placing an emphasis on the individuality of each restaurant, so that each can evolve into something even more interesting. Mexico itself has a variety of dimensions. It has international resorts, one of the world’s leading metropolises, and ancient cities where indigenous culture and tradition remain in vivid detail. We will be adding to and expanding our offerings, such as with the classic, distinctive dishes and cooking methods that have developed in the various regions of Mexico, or with the new culinary sensations that are popping up all over the country. At the same time, at Cafe Rigoletto, which is our very first restaurant, we are once again looking at those elements that could be called our "orthodox" aspects, such as the flavor of our vacuum-brewed coffee, which we envisioned at the time of our foundation and have since treated with such care; the excitement of our wood-fired pizza; and the great taste of our fresh pasta, which is made by hand every day. We will also be expanding this effort, adding further polish to all our Rigoletto locations.

We want to make "This is HUGE-ish!" a universal standard.

The basic idea of "a restaurant where our heartbeats gather becomes a local asset of everlasting quality," which is our corporate philosophy, is not going to change, but what is very important to evolve into a universal company is “10 values of HUGE." Even as we, as a company, aim to be diverse and multi-faceted, all of our employees will put these 10 promises into practice. We have two goals in this regard. One is to have responses "This is HUGE-ish!" when our customers see our menus, services, and the way our restaurants are made. The other is for "HUGE-ishness" to be widely recognized among our customers as a universal standard.

"Spanish-Italian" is a term we coined in 2005. Now, 12 years later, a Google search for "Spanish-Italian" produces over 340,000 hits. This may be one example of the standards that we have created. Furthermore, if the efforts we are making now and those we will be making in the future become standards for everyone, that is something that would have an impact on the world. At the same time, as a leader, we would also be confronted with the necessity of taking that next evolutionary step. Rather than succumbing to this pressure, we are going to enjoy it. We are going to strive to help people feel the familiarity, trust, and confidence that exist within the words "This is HUGE-ish!" Finally, over the next 10 years, we hope to create a great number of standards as a universal company, and we believe that we will.